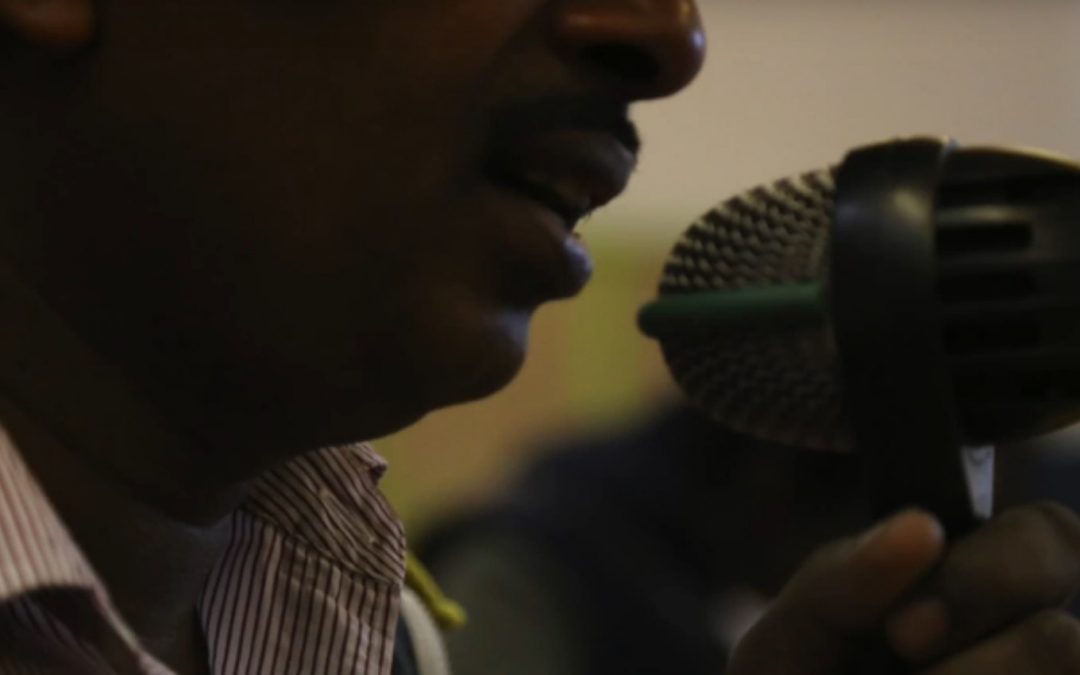 Oh feeling hearts of honest men, oh generous spirits of companionable men,
listen carefully to the of this young war-orphan, for they represent the sufferings of a people that are put to the test time and time again, whose tears shall stay engraved on our collective memory.

Oh you politicians, peddlers of dreams, may your struggles for power not make us mourners. We want this country no longer to be a battlefield for wars.

No leader will ever be the joy of his militants; no president will ever make his tribe truly happy. We are the youth of today, partisans of the least effort, and our politicians have made us a sacrificed generation.

Oh my God, O my dear God, what sins have we committed, that our country should be the scene of these blood-baths:

Oh Father, it’s time you forgave us, even if our fathers sinned, forgive us now all the same.

Oh the Father save our wounded country, where Congolese arm Congolese to go and kill other Congolese.

May this dearly-bought peace endure , and may it reassure us that the language of arms shall no longer be the primordial expression of our politicians. 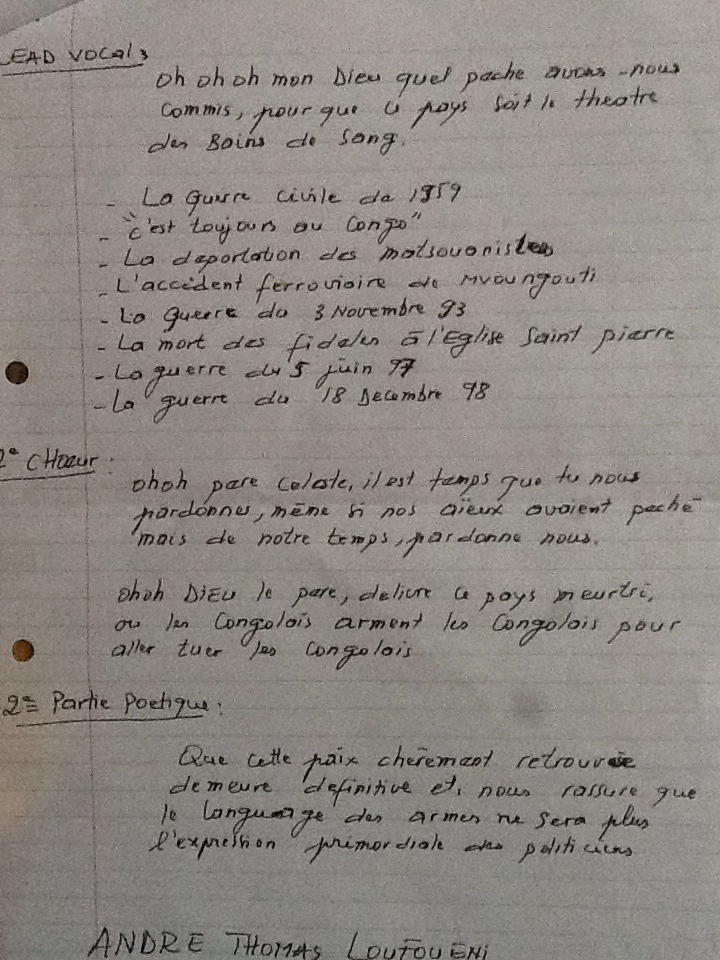 KEEP YOUR PROMISES: GIVE ME BACK MY CHILDHOOD

Our children’s place is in the classrooms, not on the battlefields.

For God’s sake spare our children!

They put a gun in your hands;

At the point of your you took away lives, and you made your uniform a symbol.

But look! Your life is based on the “Haram”.

They lied to you when they said that a man never weeps,

That a man always dies a fighter and stays “Fahl”.

But who and why are you fighting?

You have been making war for fifteen or twenty years now.

You have burnt down villages, poisoned wells, raped women and destroyed everything.

You were proud of all that, but it‘s you that are always thirsty,

As for the future that awaits you: ask those that sent you to the war,

That made you change places.

You‘ll see that they spit in your face, young traitor.

While you wear out your shoes for them,

Their children are at school, or at the university.

It’s not that you are stupid:

You too deserve better.

Your place is in the classrooms, not on the battlefields.

Put down your gun and take up your pen,

Look at the blackboard!

You have the right to dream,

You have the right to live free and in peace;

And instead of that, the war-lords have taught you to become a barbarian,

And to do evil all around you.

Tchad is my country, N’Djamena is my capital,

Christians and Muslims are brothers!